Splendid Greece Tours following the footsteps of St. Paul in Athens and Corinth through your Travel in Greece.  Follow this full day private tour to the memorials of Athens, the famous Corinth canal and  Ancient Corinth.

Highlights of the Paul’s Steps; An Amazing 8-h private tour in Athens&Corinth

Athens is the capital and largest city of Greece,  dominates the Attica periphery and it is one of the world’s oldest cities, as its recorded history spans around 3,400 years.

The capital of Greece is a cosmopolitan metropolis, modern Athens is central to economic, financial, industrial, political and cultural life in Greece and it is rated as an alpha- world city. Classical Athens was one of the  most powerful city-states in ancient world. A centre for the arts, learning and philosophy, home of Plato’s Academy, Aristotle’s Lyceum, and wisest of man Socrates. It is widely referred to as the cradle of Western civilisation and the birthplace of democracy, largely due to the impact of its cultural and political achievements during the 5th and 4th centuries BC on the rest of the then known European continent.

…combining many of the city’s principal modern and classical sights and the port of Piraeus (Faliron) when St. Paul came from North Greece to visit Athens. Your Athens  private tour includes an overview of the modern city and striking contrasts to the remains of its glorious past. our Splendid Greece Tours private chauffeur will drive by the Tomb of the Unknown Soldier in front of the Parliament House on Constitution Square, the Panathenian Stadium (site of the first modern Olympic Games in 1896).

…government buildings, and elegant homes. Continuously our Athens private tour will drive you along Panepistimiou Avenue and view the Catholic Cathedral, the “Neoclassical Trilogy,” (Academy, University, National Library) and Omonia Square. In contrast, Splendid Greece Tours will take you to the Temple of Olympian Zeus and the Adrian’s arch, the crowning beauty and glory that were Athens, the Acropolis with its many monuments atop its rocky base, including the awesome Parthenon, the Propylaea, the Temple of Athena Nike, the Mars hill where St. Paul preached the Athenians and the Erechtheion with its Porch of Maidens. Drive by the feet of Acropolis through Plaka (old Athens) and we’ll visit the ancient agora where St. Paul was preaching and was meeting the most important people of Athens, the Roman agora & Adrian’s library.

After lunch, Splendid Greece Tours will drive you westwards along the scenic coast, until we reach the Corinth Canal with its breathtaking views. Shortly we will reach the ancient town of Corinth  where St. Paul lived and preached for two years. In the ancient times Corinth was amongst the richest cities and this is quite evident by its remains, including the huge agora (market place) and Apollo’s Temple (6th C.B.C) brief stop at the site of the ancient port of Kechreai where St. Paul disembarked. 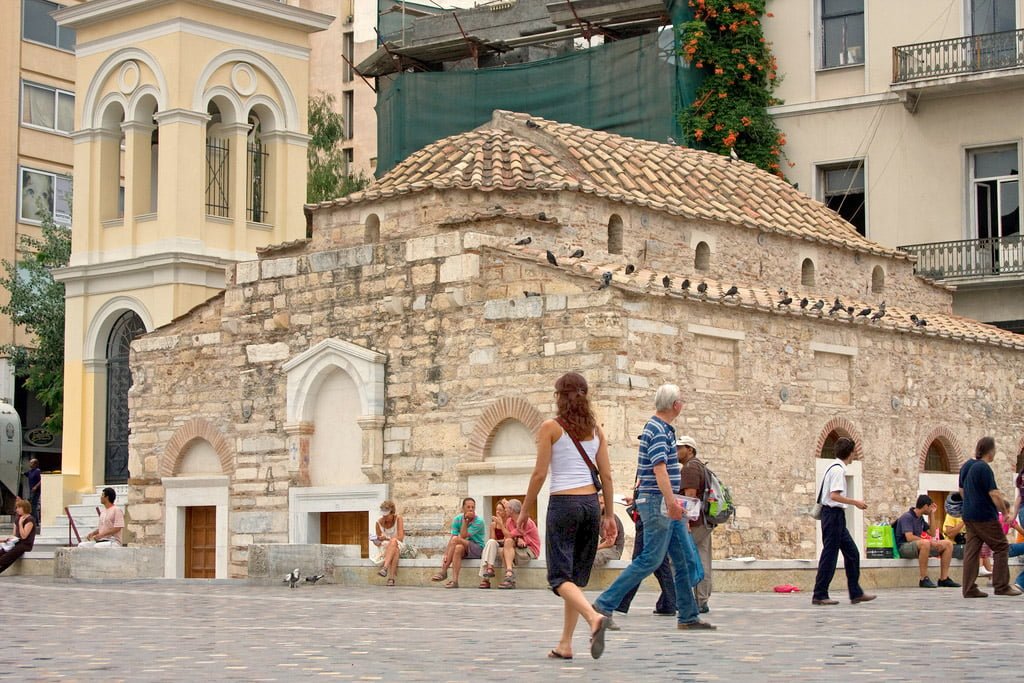