Splendid Greece Tours private chauffeur will drive you along the coastal road of the Saronic Gulf until we reach the Corinth Canal with its breathtaking views (shortstop). Shortly thereafter we reach the ancient Corinth city (visit) where St. Paul lived and preached for two years. In ancient times Corinth was amongst the richest cities and this is quite evident by its remains, including the huge ancient agora (market place) and Apollo’s Temple (6th C.B.C), visit Isthmian at the site of the ancient port of Kechreai where St. Paul disembarked. We’ll visit EPIDAURUS and its ancient Epidaurus theater, famous for its remarkable acoustics. Splendid Greece Tours will drive you to the pretty town of Nafplion, the first capital of Modern Greece for lunch. After visiting the castle of Nafplio and will then drive you to MYCENAE through ARGOS, we’ll visit the archaeological site, the remains of the ancient city, including the lionesses gate, the tomb of Agamemnon, and the Palace. Continue our private tour driving to Olympia through Tripolis & megalopolis. Overnight in ancient Olympia.

Start in the morning, and your Splendid Greece Tours private chauffeur will drive towards the city of Ancient Olympia, the birthplace of the Olympic Games. In 776 BC, Iphitos, king of Elis, Kleosthenes of Pisa, and Lykourgos of Sparta reorganized the Olympic Games in honor of Zeus and instituted the sacred ekecheiria, or truce and, very fast the quadrennial festival acquired a national character. Its fame rests upon the Olympic Games, the greatest national festival and a highly prestigious one world-wide, which was held every four years to honor Zeus. Olympia has been the center of attention during the ancient years, and still, today is the starting point of the Olympic Flame that is born here, every four years prior to the new festival. Run to experience the starting line is still visible in the original Olympic stadium, take your position, and run this historical course, competing with the athletes of the past, or simply the tourists that flock to this area. The Olympia Archaeological Museum and the Museum of the Olympic Games, where artifacts and collections related to both ancient and modern Games are not to miss. Splendid Greece Tours will take us now from Olympia through Patras to Rion, we’ll cross the Corinthian bay to Antirion via the bright new bridge, the biggest in Europe. Drive to picturesque Nafpaktos and via the new road along the coast, to Delphi. Visit in the afternoon the picturesque mountain village of Arachova for dinner. Overnight in Delphi or Arachova.

In the morning our Splendid Greece Tours private tour continues visiting DELPHI, the ancient sanctuary of Apollo. We will visit the Museum in Delphi where one can see among other archaeological treasures, the unique bronze Charioteer, then proceed through the sacred way to the Athenian treasury. Visit the Temple of Apollo, and Splendid Greece Tours will depart for KALAMBAKA a small city by the feet of Meteora. You will be traveling through the towns of Central Greece (AMPHISSA, LAMIA, and TRIKALA) crossing the Thessalian plain, the granary of GREECE, to reach KALAMBAKA late in the afternoon. Overnight by the feet of Meteora.

The 6 monasteries of Meteora are:

This morning you will visit the breathtaking METEORA and its monasteries built on the top of high rocks, standing between winds sky & earth. Visit now one of the biggest and most important groups of monasteries in Greece after those in Mount Athos.  The rock monasteries have been characterized by UNESCO as a unique phenomenon of cultural heritage and they form one of the most important stations of cultural map of Greece. The monasteries belong to a region of almost inaccessible sandstone peaks. On these ‘columns of the sky’ monks have settled from the 11th century onwards where twenty-four of these monasteries were built, despite incredible difficulties, at the time of the great revival of the eremetic ideal in the 15th century. After lunch, Splendid Greece Tours will start the drive through the towns of Central Greece crossing the Thessalian plain, the granary of GREECE, Larisa, Tempbi mountains, Katerini to reach late in the afternoon Litochoron, the entrance to Mount Olympus. Free night and Overnight

After breakfast, Splendid Greece Tours will drive us to the famous, sacred Macedonian town of DION and Litochoron, by the foot of Mount Olympus.  Lunch in Katerini in a nice taverna by the sea. Continue our private tour to THESSALONIKI, the largest town in Northern Greece. Visit the museum of THESSALONIKI and sightseeing of the city with its modern unique nightlife. Overnight.

In the morning Splendid Greece Tours will drive us to PELLA, its Alexander the Great capital. Continue to VERGINA to visit the tomb of King PHILIP and the famous ‘’Vergina Treasures’’. We’ll head on to LEFKADIA where you visit the excavations. Return to THESSALONIKI through VERIA. Overnight & free evening.

After breakfast we’ll start the return drive to Athens through the TEMPI VALLEY, LARISSA, LAMIA, THERMOPYLAE famous for the ancient battle between the Leonides & his 300 Spartans, Xerxis & the Persians, that took place there, KAMENA VOURLA, and we’ll end our Splendid Greece Tours private tour in your ATHENS  hotel.

Celebrate now the glory of ancient and new, in this gallery of images to the original fields of dreams …. 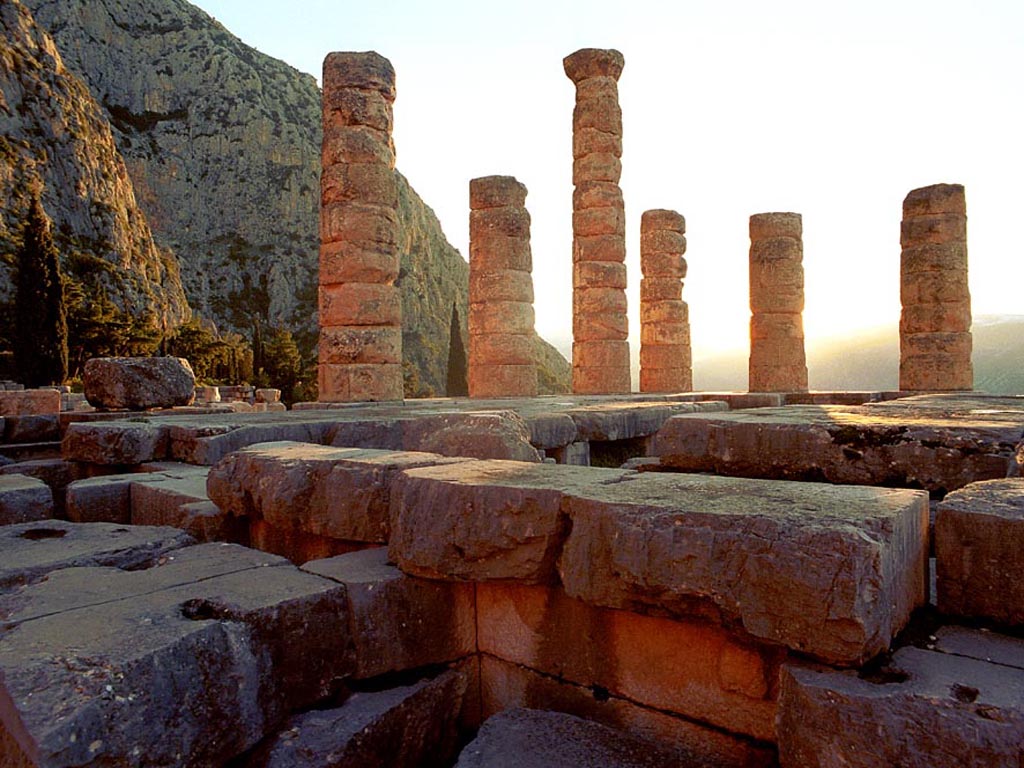